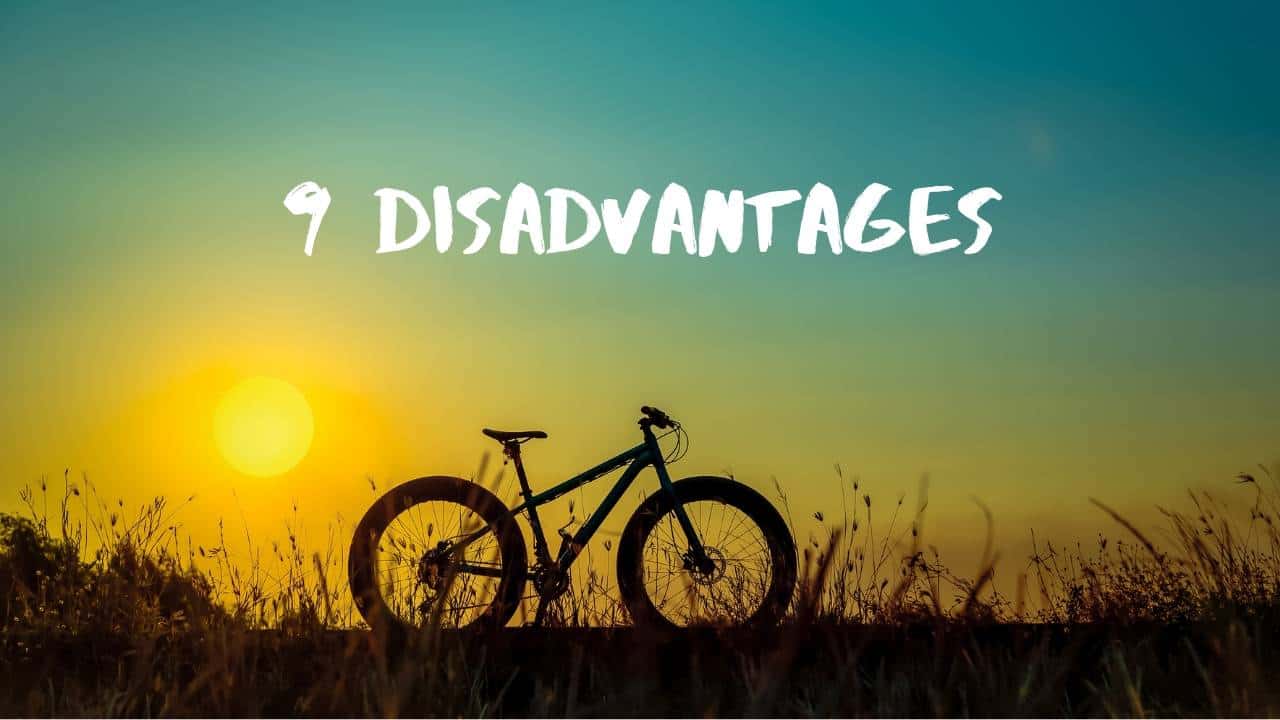 Fat bikes or Fatties’ are they so commonly go by have been around for quite some time now. Although they have only gained popularity within the mainstream cycling industry’s attention in the last few years, and it is for a good reason.

Even with their somewhat unusual appearance, it seems that these bikes are here to stay. Not only are they versatile, but they are also a delight, especially in extreme adventure conditions and races.

What’s more, their soft ride and versatility render them the ideal all-round specialty cycle or bike. However, despite their reputation as a uniquely adaptable ride, fat bikes are unfortunately not all butter and gold’…they too have their own set of limitations and downsides.

As a first, most, if not all, fat bikes, including the base models, are relatively more costly compared to a basic hybrid or road bike. This is primarily due to the various specialty components such as rims, tubes, as well as large tires, among other components.

In fact, a standard quality fat bike goes for an average of $1,500. Owning a fat bike is a massive initial investment. A factor that can significantly limit any adventurous individual who is merely looking to test a new way to cycle.

In areas where fat bikes are common, you can quickly locate bike outlets that rent out fat bikes for an agreed time frame. This is a great approach to preview a fat bike without entirely investing in one.

Click this link for my full review of a “good” budget fat bike from Costco!

Another downside to fat bikes is, of course, their weight. As earlier mentioned, the presence of specialty components such as rims, large tires, and tubes tend to make fat bikes relatively more cumbersome compared to standard touring or mountain bikes.

Typically, base models can weigh an average of between 33 and 36 pounds, whereas premium models weigh at just below 30 pounds. With the complete custom fat bikes are usually structurally scaled down to around 22 pounds.

Although some fat bike manufacturers are currently selling fat bike frames in somewhat lighter material such as carbon fiber, they are however too expensive unless you can afford it.

Nonetheless, less costly or most beginner models tend to be heavy.

The unique combination of the relatively heavier frames and decreased tire pressure subsequently means that Fatties are normally much slower compared to other models.

What’s more, when it comes to regular trails, the rolling resistance, and increased weight will eventually mean that not only will you be annoyingly slow; you also won’t enjoy any precision at all!

As such, for anyone looking for a bike to get you around the neighborhood quickly, fatties are probably not the best option.

What’s more, while fat bikes are all famous for their ability to comfortably cruise somewhat tricky terrains such as deep mud areas or snow.

When you are not looking to tackle deep muddy sections, simply floating atop mud under normal circumstances will mean less grip and less bite.

Similarly, fat bike tires are quite unsafe particularly on gravel, since the bike’s large surface area will get to the gravel as if the bike is on ball bearings! This, of course, all depends on the type of tires you’re riding on. Better tires will mean better traction.

Keep in mind that I’m talking about cheap fat bike tires when I talk about the fact that they have less traction. 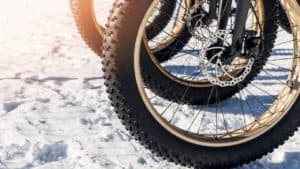 Anyone who has heard of fat bikes will probably tell you that they are popular for their ability to float over problematic surfaces. However, whether or not this is true, their relatively heavy characteristic is also a significant detriment.

This increased weight renders fatties fairly more challenging to pedal on typical terrains such as pavements and asphalt.

Usually, the added weight makes it a little more challenging to pedal fat bikes at a similar speed as you would pedal a standard lighter bike

Although it can come off as an added advantage for some few fat bike enthusiasts, it, however, means that you will be working somewhat harder while pedaling, subsequently enhancing the intricacy of your workout.

Also, the bikes oversized tires combined with relatively fewer gears in the context of less expensive models, presents quite a workout, especially when traversing sand, snow, as well as steep hills.

Generally, tire pressure is what ideally governs how the fatties interact with the ground. However, unlike typical bikes, tire pressure can be a real concern for fat bikes.

With fat bikes, tire pressure is massively vital; more so compared to any other type of bike. A psi moreover your normal pressure and your beefier girth ride will feel bouncy and harsh; while a psi less, will have you running into more rolling resistance than average not to mention risking damaging your bike rims.

This, therefore, necessitates that you always arm yourself with an extra digital pressure gauge to avoid getting caught unaware.

Click for all the info you need for FAT BIKE TIRE PRESSURE for ALL types of terrain!

7. Replacements Can be Difficult to Find

Fat bikes are assembled using several unique and expensive components; part of what makes them fairly weightier than typical models.

However, the unfortunate thing is that when it comes to replacing its parts, only a select few outlets bike outlets offer these components.

Components such as rear hubs, tires, cranks, and rims are rare in most outlets. While this is not necessarily a significant issue if you are cycling around your neighborhood, when it comes to extended travel across foreign lands, it is necessary to plan.

8. Can Cause Unnecessary Attention and Risk

Since fat bikes are not as popular around the world as typical bikes, riding a Fattie will always cause a flurry of excitement and attention with onlookers wanting to delight in an uncommon sight.

While this may sound like a remarkable thing, it can, however, attract the wrong crowd, which may put you at risk of getting mugged among other incidents.

One thing is certain; If you’re looking for a full-suspension fat bike to ride the MTB trails in the summer, you’re going to pay through the nose.

You’re already paying around 1500 dollars for a bare bone fat bike from a reputable brand. Adding suspension and higher-end components will prove to be very expensive compared to standard Mtb.

This is something to consider before buying a fatbike if you’re going to want the high-end components!

Undeniably, fat bikes have cemented their place in the cycling world as an excellent option for off-road expedition tours; primarily due to its versatility.

Nonetheless, there is no denying that the fattie would be a tank! Relatively slower and less maneuverable, fat bikes are a great invention but with its fair share of downsides.