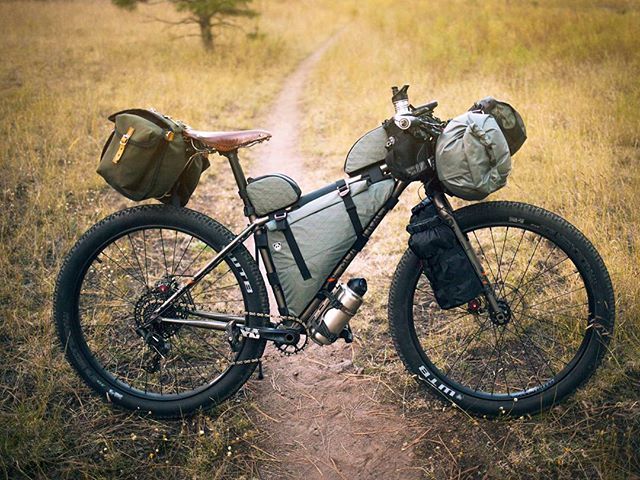 It’s never been all that easy for heavier bike riders to find something they are comfortable using daily. Most bikes simply are designed for people who weigh 200 pounds or less.

There have always been exceptions to the rules, but the first real bike to fully embrace heavier people is the fat bike. While there are a lot of different reasons to use a fat bike, many heavier people have gravitated towards them as their solution to riding with confidence.

With people of all shapes and sizes using fat bikes, how much weight can a fat bike hold?

Most fat bikes will have a listed weight limit of about 300 pounds. There’s a little bit of wiggle room there, but people should avoid going over the maximum weight too much.

This is when a person can put themselves in serious danger if they are out on a trail and the bicycle collapses.

As long as a person is riding a fat bike casually, going over the 300-pound weight limit, or whatever is listed, usually ends up being not too big of a deal. What people need to realize is that there are a lot of commuters who will effectively make their weight close to or over 300 pounds regularly.

Add a backpack, a rack or other additions to the bike, and even a 200-pound person can start to hover around the weight limit.

It’s important to use common sense when riding a fat bike casually. Fat tires will spread out the weight pretty well, but don’t underinflate tires. This can cause the tires to flex a little too much, and the tires can flatten out and become ineffective on turns.

Fat tire bikes are designed to go on any type of terrain out there, but casual riders should always do everything within reason. If it seems like a major risk, it should be avoided at first.

When going over the weight limit, don’t push the bike to its limit in other areas as well. Take it easy and gradually push it here and there, and most riders will be able to tell just how much leeway they have.

Building a bike from scratch

One of them recommended ways to build a bicycle that can support a heavy amount of weight is to build a bike from scratch. It’s going to be more expensive, and time-consuming, but there is just not a demand for bikes that have a high weight limit.

Building a bike from scratch might seem like something reserved only for experts, but there are so many tutorials online these days that it’s not as difficult as it sounds.

It also allows for a truly customized experience to fit a unique body shape. A lot of taller bike riders do this, and heavier bike riders can benefit as well.

Shopping online for parts is by far the easiest way to go for a decent price. Most who build their own bike will only be shopping quality parts, so it’s important to spend a little bit of money, while not getting ripped off.

Working on Weight Loss Before Jumping on the Fat Bike

Depending on where a person stands with their weight, it might be best to focus on other methods of slimming down a bit before jumping on a fat bike.

Not only is there a chance of disaster if the bike malfunctions, but just getting on and off a bicycle is tough for people who weigh a lot.

To start with, making better diet decisions and getting cardio in alternative ways is one way to make some progress. Going on walks is a good start, or using stationary machinery as well.

A stationary bike is usually capable of holding a lot more weight, since it doesn’t have to worry about being extremely lightweight itself. This allows people to build up their endurance without having to tackle all the elements that await in the real world.

As far as actual bikes, a beach cruiser might be a starting option for some people before they graduate to a fat bike. A beach cruiser is not nearly as versatile, but they are usually inexpensive and easy to get on and off of.

The tires are sometimes just as thick as fat tire bikes, so people have plenty of support and stability as well.

If a person is carrying too much weight in the beginning, it’s just not worth it to try to force riding early on. Dedicate a few weeks to get in shape in other ways, and it will make the bike riding experience a lot better overall.

Riding fat bikes comes with injury risk, just like any other type of physical activity. They can sometimes be challenging for heavier people to ride on their own, because there is a chance they find themselves in isolation. Someone who weighs over 300 pounds might require up to four people to help be carried to safety.

People who ride fat bikes do so because they like the versatility that they provide. A person can go pretty much anywhere they want with the tire set up.

It’s a fun experience, but also one that comes with injury risks. It’s even more of an injury risk for those people who have weight issues and might not be able to get themselves to safety on their own.

It’s recommended for beginners to always travel with others, and to have a form of communication in case a disaster does strike.

Finally, make sure to take the extra effort to make a fat bike as stable as possible. In the winter riding on slippery terrain, tire studs are a true necessity. Making a simple turn with a lot of weight can make a bike slide in a hurry.

Someone heavier might not have the same ability to control their body and lean into turns properly. This makes a rider more vulnerable to a major crash when they are riding.

Every single fat tire bike rider should be properly protected when on the bike. It’s also important to try not to tackle anything too crazy early on.

A rider should always build up not only their stamina, but their ability to handle different terrains. This greatly reduces the risk of injury, which is the last thing anybody wants to deal with.

Bikes come in a lot of different shapes, sizes, and materials. Most people who are riding and trying to shave time off will be looking for a lightweight, performance fat bike that gives them every advantage possible. For someone larger, the number one focus needs to be on support.

Most first-time fat bike riders who are heavy will debate between either a steel, carbon or aluminum frame. Most people gravitate towards steel, because it is stronger, heavier and more durable. However, high-end aluminum and carbon bicycles also work very well in a variety of ways.

Carbon has a slight advantage over aluminum these days because of some improvements across the board. It is a very strong material that is capable of supporting more weight than ever before.

There is also the advantage of carbon frames being fixable, while an aluminum frame is not. That’s good news if a crack ever starts to form, and a person doesn’t want to have to pay a ton of money for a repair.

Keep in mind that the more carbon that is on a bike, the more expensive it’s going to be. A lot of people shopping for a fat tire bike that supports a lot of weight might not be looking for a top the line option right away.

That’s why most first-time buyers shy away from a mostly carbon frame in the beginning. It’s amazing for performance, but not something that’s going to be that easy on the wallet.

Tires are important as well, and usually, heavier people want to make sure not to skimp on cheap tires. Top of the line tires will provide additional comfort, provide more durability and just enhance the feel of the ride overall.

Other components might matter to some people more than others, but a good frame and set of tires is a great starting point for beginners. A quality setup will make a rider feel very safe and comfortable from the first time they sit on a bike.

At the end of the day, most people who are overweight and riding any type of bike is doing so to get back in shape. They are not happy with how things are going for them individually, so they are doing whatever possible to work back into shape in a big way.

No one wants to be over 300 pounds now, and over 300 pounds a year later. The goal is to work off enough weight that the maximum weight allowed is never an issue again. It takes hard work and dedication, along with the right diet, but most people can achieve their goals.

In the beginning, the best bike option is one that is comfortable and easy to stick with every single day. If the bike is too difficult to handle, it’s discouraging for people to ride, and the new activity might have difficulty getting off the ground.

Find what works, and gravitate towards the dream fat bike later on if that is what needs to be done.