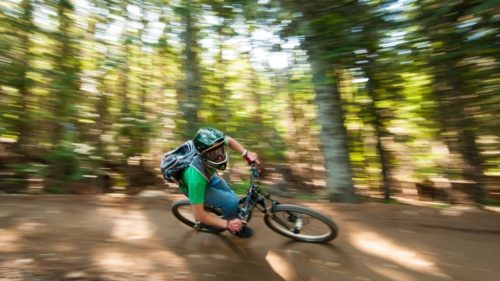 Having a bike for every specific type of riding can be the dream of anyone. After all, it is going to allow people to reach new levels and feel as confident and safe as possible when they are pushing themselves in any discipline.

As a relatively new type of bike out there, many are wondering if downhill bikes are actually worth the cost.

The price tag for downhill bikes is pretty expensive, especially for high-end models. Is it nothing more than a gimmick, or is a downhill bike actually worth it?

Downhill bikes are great options for a very specific type of rider who is doing a lot of off-road descents.

However, since it is a relative niche option for all types of riders out there, it might not be worth investing thousands of dollars into a new bike. There are alternatives to still enjoying the same trails.

Who Are Downhill Bikes Designed For? 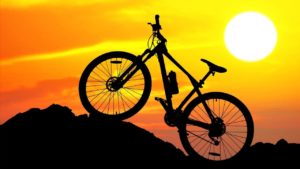 Most of the downhill bikes on the market today are designed for those who really enjoy this type of riding. They can be professionals or amateur riders, as downhill bikes will offer superior control, a comfortable ride, and the durability needed to go up against these challenging trials.

When riders started to focus on downhill riding with other types of bikes, the components had a hard time keeping up the way many were hoping for.

Those who are really into different types of riding and want to try something new will also gravitate towards something like a downhill bike.

It is a new trending type of option that gives riders a more stable and heavy bike to help use gravity as a benefit, instead of a negative.

Finally, there is a new generation of bike riders out there who are getting a taste of downhill biking at an early age.

Maybe they fall in love with the sport early on and never look back. It is definitely a trend that is getting bigger and bigger, and since they grow up with downhill biking, it will not feel different to them in the slightest.

Kid downhill bikes are really starting to take off, as companies are investing in getting the next generation interested and ready to go.

Budgeting For a Downhill Bike

Downhill bikes are not cheap, which has hindered growth a bit. There are several different factors that play into the price of downhill bikes.

For starters, there just are not a lot of downhill bike manufacturers at this time. With less competition, the prices tend to stay a little higher than some of the other options out there.

Components are also very important with a downhill bike, as a rider needs stability, durability and comfort.

Without robust components to count on, a downhill bike can put any rider in a pretty vulnerable situation overall. This can spell bad news for anyone giving a sport a try, especially those who are starting out.

There are plenty of cheap options available when shopping for other bikes, but not necessarily for downhill bikes.

This can be tough for people trying to stay under budget, but it is generally thought of as a good idea for someone’s safety.

The last thing anybody wants to do is buy a brand new bike, only to have a lot of fear using it for riding downhill like it is designed for.

If a person has a budget for it, a downhill bike might be worth it. Also keep in mind that it is just adding one more bike to the mix, which might come down to having a bit of a space issue inside a storage area.

A lot of people like collecting bikes for different rides, but it gets to a point where it can be excessive.

How Often Will Downhill Biking Occur? 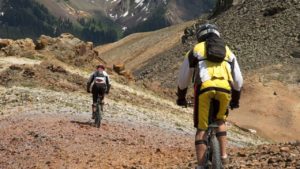 Plenty of people enjoy downhill biking, but they might not live in an area where they can do it consistently. If that is the case, a downhill bike might not be the best investment.

There are many other alternatives that can allow people to get a fix when they want, but having a bike that is in storage most of the year does not seem like the best use of funds.

When this is the case, buying a more well-rounded mountain bike option might be a better way to go. This will ensure that it will get plenty of use, and it will still be able to hold up pretty well when going downhill.

It might not be as perfect as a downhill-specific bike, but it just makes more financial sense overall.

Keep in mind that a downhill bike is designed specifically for descending. That means that manufacturers are not making any other changes to the bike that allows people to climb better or ride in other ways.

While a downhill bike will still work as any regular bike would, it is going to be a little awkward to use as a daily commuting option.

Some people fall into the trap of buying a downhill bike, only to realize that they do not really like descending as much as they thought.

All of a sudden, they are stuck with a pretty expensive bike, and it is collecting a lot of dust in storage.

Make sure that descending is actually fun, and that it will be put to use. It is definitely not a bike that can be used for other things easily.

There are still going to be plenty of people who are not quite sure if downhill biking is worth it to them or not.

One way to figure things out is to go ahead and try an option out in more creative ways than making a brand new purchase. 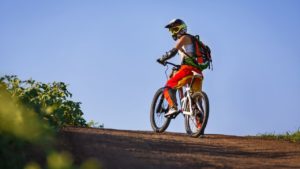 Renting a downhill bike in some of the hotspot areas is a much more affordable way to try whether or not it is actually worth it.

At most, this might cost $100 per day, but that is to get a high-end option that retails at several thousand dollars.

It might seem like a hefty price for one day, but going on a ride with it will give people an understanding as to whether or not it is worth it.

Most of the time, it just takes a person one or two times to ride a downhill bike to make a decision for themselves.

Consider it as a test drive to see if it is something that is going to be a consistent ride overall. If it seems like an option worth exploring, it is time to start spending money on a downhill bike.

Downhill bikes are still pretty new to the market, but the used market is starting to fill up here and there.

It is obviously going to be much more affordable to buy a used downhill bike if possible, but it is important to do research first.

Since downhill bikes can be put through quite a bit of abuse, it needs to have the proper upkeep so that it still has plenty of life left. Too many people abuse their downhill bikes, and then try to sell them off to someone else.

Make sure that all the expensive components are still in great shape. It is usually pretty difficult to hide any major wrecks, so just check all parts of the bike to ensure nothing crazy happened.

It is unrealistic to think that the bike will not come without some flaws, but it is pretty easy to get a downhill bike for half the price if it is used. 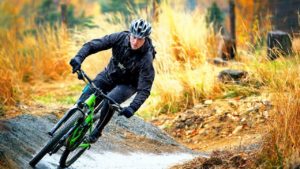 This might not be feasible for everyone, but borrowing a downhill bike from a friend or family member could be a way to better understand how they work.

It is important to be somewhat careful when borrowing a bike like this, because it does cost a good amount of money.

It is going to be the cheapest way to really get a feel for how downhill biking works, and whether or not the bike choice makes a difference.

Do not try to go on a challenging ride with a borrowed downhill bike unless it is adjusted to the individual.

Since the setup of the bike might be so different, not everyone will be able to get a good feel for whether or not it is a step in the right direction.

If the ultimate goal is to get a downhill bike brand new, the best way to go about it is to shop online.

This is where the best prices will be, and there are even some direct sales companies worth exploring if a person is willing to take the risk.

Yes, there are some people who feel like it is pretty tough to buy a bike without seeing it first in a showroom. It takes a lot of trust to buy a downhill bike online instead of going into a store.

However, it can sometimes save hundreds if not thousands of dollars, which could sway someone to buy a downhill bike in the first place.

Detailed reviews are available all over the internet, covering just about any company involved in downhill biking.

Keep in mind that along with the bike, most people will also need to invest in brand new protective gear to fight against any crashes that might occur.

A ride downhill can lead to some pretty tough situations, which is why extra protection is usually worn by riders.

The Final Verdict: Is A Downhill Bike Worth It?

This growing niche sport definitely has some fans looking to challenge themselves as much as possible on different courses all around the globe.

For those types of riders, a downhill bike is definitely worth it. It is not going to ever be as popular as some of the more well-rounded options such as mountain bikes, road bikes, or even hybrid bikes.

With that said, they are not trying to be revolutionary for everyone, but they do make a significant difference when descending.

Anyone who hopes to have outstanding safety and stability when going downhill will benefit from giving these bikes a look.

It is a bit of an investment, but having an extra bit of confidence using a bike designed specifically for this type of riding can make a big difference.