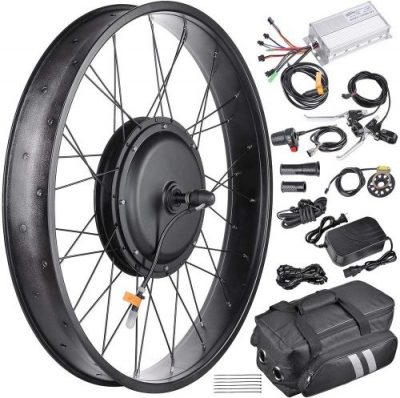 The vast majority of fat bike riders have probably never considered an engine or motor added to the setup. After all, there is something about a person providing all the power necessary for a bike to navigate any trail.

With that being said, there are some reasons for people to look into adding an engine or motor to the mix. Some people will add a full-on motor that takes gasoline, turning it essentially into a motorbike.

Others might go the more green route by adding an electrical motor or engine that can help as well. Both methods work, but before investing, let’s look at the pros and cons.

What Are The Pros of a Fat Bike Engine?

Since a motor or engine is going to cost a decent amount of money, it makes sense to investigate all the pros of adding one to the mix. Here is a look at a few reasons why people ultimately invest. 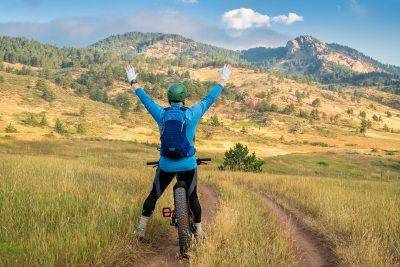 Riding a fat bike is difficult. For many people, this is a challenge that is best to take head-on. Most people want to make it through without any assistance needed, but there are times when people might get stuck. Maybe the trail is a bit too difficult, or there is too much snow on the ground to navigate correctly.

This is when a little bit of added power can help. Getting just a little bit of pedal-assist can provide that extra boost needed. If it is a major issue, there’s also the opportunity to use an engine much like a person would on a motorcycle.

Having this added boost saves time and helps people avoid any tough situations. By having an engine to rely on, there is not a need to make an emergency call if it is just impossible to get through certain areas.

One of the biggest reasons why people will shy away from certain trails that they find is that they are unsure if they can keep up or not. Maybe it seems like it is a bit too much of a challenge, and without a motor or engine, there is no guarantee to get by.

All of a sudden, a person is a lot more comfortable riding with that bit of assistance there if needed. It is a psychological thing in a lot of ways. Just because a person has motorized aid to rely on does not mean they have to, but is more of a safety option than anything else. 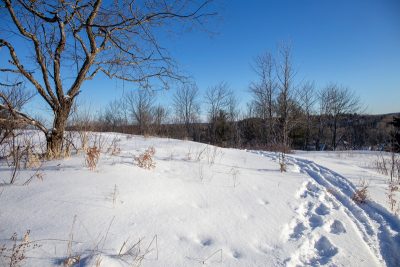 A standard fat bike is somewhat limited as far as where it can go and be used effectively. Add an engine or motor to the mix, and all of a sudden, the bike can go a lot more places without being a hindrance.

Many people will use a fat bike on flat terrain as a way to get around town to run errands. Maybe there is no snow on the ground, so a fat bike isn’t the most efficient way to travel. By turning the bike into something that assists, it helps make the bike a bit more flexible.

Those people who invest in that extra bit of power usually feel like they can use their fat bike for more rides than ever before. In a sense, it ultimately pays for itself instead of having to buy another bike for different trips. For people who want a very well rounded option, this is the way to go.

Since engines and motors are becoming more popular for all types of bikes, the price is coming down significantly for people to invest. In fact, many people are surprised to see that it is an upgrade that falls in the same price range as a new set of good tires.

Companies are also making it easier than ever for people to install motors themselves instead of having to take it to a local bike shop.

The price will continue to come down on these, but it is worth noting to invest in one with good reviews. The cheapest option might not always be the best, and if a person wants an engine to rely on, they need to spend the proper amount of money.

The Cons of Adding an Engine or Motor to a Fat Bike?

It might seem like a good idea to invest in one after reading all the pros, but there are some cons to consider. Those who are strongly against adding an engine to the mix will likely never consider them, but there are other reasons to shy away as well.

Weight is always a concern for any person who is riding a bike. When a bike is relying on man-made power, it becomes that much harder with even a few added pounds. A motor or engine can slow down any person riding the old-fashioned way.

Not only is it an added challenge, but it just makes the bike a bit bulkier as well. There is no way to hide an engine too much on the bike properly. It is also going to make it a bit wider than most people want.

Too Much of a Crutch

As soon as someone ultimately breaks down and gets an engine installed, there is that plan to use it consistently. After all, spending that amount of money on something means it should be put to use, right?

What ends up happening is people start to make fat bike riding a little too easy. People don’t get the same type of work out because they are continually using that added power, and not really caring too much about building up leg strength.

Go in the opposite direction, and ignoring the engine completely makes people wonder why they purchased it in the first place. It becomes a constant balancing act that some people get frustrated with.

That makes a pretty durable, but there is always a chance of something going wrong from time to time. Regular maintenance is needed to keep everything in working order. Add an engine to the mix, and that is just one more thing that could need regular maintenance.

Most of the engines are built to last for a pretty long time, but there is some regular maintenance needed to avoid big issues. Not only that, but there is also the case of a potential accident with the bike. If a person is involved in an accident, the motor is just one part that could become damaged.

People who are rough on their fat bike will have one more thing they have to worry about consistently. It is frustrating, to say the least, and might be a bit too much for people to handle in the end.

Is a Fat Bike Engine Worth Investing In?

At the end of the day, there is no definitive answer as far as whether or not a fat bike engine makes sense. There will be some people who feel like they benefit greatly from something like this. Those people are usually out on the trails consistently, and they are constantly challenged to the point that they feel like they might need some added help when times get tough.

Other people ultimately will feel like an engine will be nothing more than an added nuisance. While it does have some use periodically, it is not worth the hassle of always having it attached to the bike. Even though some options are relatively easy to take on and take off, most people do not want to have to deal with that every single time they ride.

How Much Does it Cost to Add an Engine or Motor to a Fat Bike?

The price of adding some assistance to a fat bike depends largely on how powerful a person wanted to be, and what brand is picked. Some people might invest in something very cheap at the beginning because they want to see if it makes any difference whatsoever. If it does make a difference, there might be an opportunity to buy something a little more expensive later on.

An entry-level engine or motor is going to cost right around $100 to get started. This is going to provide some pre-basic assistance when riding around, and might only last a little bit depending on how it is powered.

It can easily creep up to $500 or more to get a better motor for the fat bike. This does not make a ton of sense for people who have an entry-level fat bike, but for people with expensive setups, it might make sense to get the best.

Make sure to read all reviews and other tips from people who have used these products on fat bikes before. This is the best way to gather information and really have an understanding on how everything works.

There are some motors out there that are definitely not as great as others, so do not get tricked into buying something that is at a bargain price.

It is becoming more and more common to see people with an added engine or motor on a bike, but they certainly are not for everyone. They do have some added value that some people love, but others will probably never make and investment.

Keep in mind that some trails ban all types of motors and engines. Do not be caught on a trail and breaking the rules in that regard. This is mostly a safety concern, as they don’t want people to be going to fast on these trails and possibly harming others.