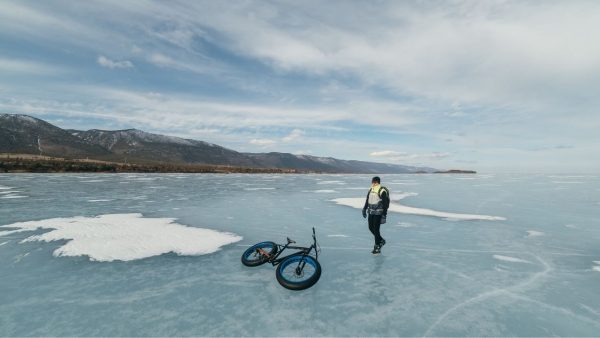 One of the advantages of riding a fat bike is having the chance to ride in any type of weather. Of course, riding in the ice and snow is not always entirely easy, even with extra-wide, durable tires.

Fortunately, there is the opportunity to have studs on the tires that help with the winter ice and snow. The studs help to control the bike when the terrain is a bit shaky. Some people swear by them, while others are not sure if they actually need them or not.

Is it worth the added hassle of putting new tires on the bike, plus the overall expense? The answer isn’t a simple yes and no. A lot depends on what type of fat bike rider you are, and if you have the flexibility to possibly have multiple tire sets for different times of the year.

When Should People Heavily Consider Studded Tires as a Must?

If a person lives in an area where it snows at the least three or four months out of the year, studded tires should be heavily considered. They are never technically a must, but it just becomes harder and harder to ride at all times of the year if there are no studs on the tires. The snow really doesn’t do as much damage as ice, but usually, they go hand-in-hand.

In fact, the most dangerous areas will always be where ice accumulates, and snow covers up the ice. It can be icy on certain parts of a trail for weeks or even months at a time, and riders still might be in for a surprise. 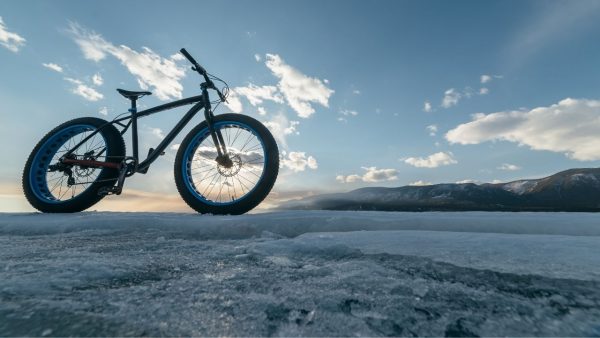 As much as people love to ride on snow, it’s usually not much of a problem that riders absolutely need studs on the tires. The biggest culprit for accidents involving fat bikes without studs on their tires relates to ice. I know that all too well. I currently do not have studs on my fatty, and I have the bruises to prove it! That ice can come from anywhere, especially on a trail with snow hiding it.

Most people have a pretty good idea of where water will sit on the trails and possibly form ice at some point. Even with studded tires, be cautious about taking those areas too quickly. No one wants to experience slipping and falling seemingly out of nowhere.

Snow really doesn’t become a problem that requires studs until it gets to be about 4 inches or so. Once there is that much accumulation, it becomes hard to control a fat bike without any modifications. Some people will just give up on riding altogether, while others will continue to plow through with their studded tires and hope for the best.

Stick to trusted trails; the worse the conditions are on the ground. This reduces the chance of any surprises completely out of nowhere. Even with studs helping out, that might not be enough to prevent falling off the bike. 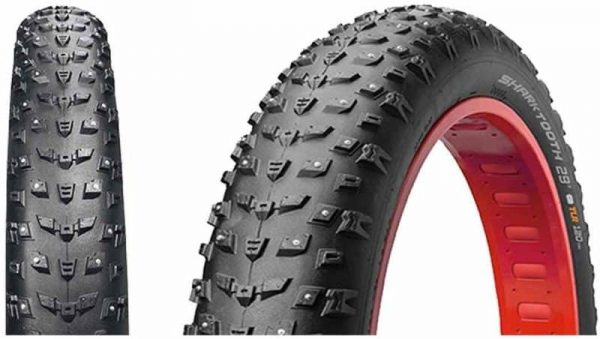 Those people who have embraced studded fat bike tires likely will say that they won’t ride without them. It might take some convincing in the beginning, but most soon realize just what a difference they make.

Why are they beneficial? Even without snow and ice on the ground, it is something that helps with control. Studded tires can help with mud, sand, and other surfaces that people might not think of initially. Most don’t invest in studded tires for these terrains, but it is a bonus in some cases, but even so, I would certainly not invest in studs if you’re not going to be riding on ice.

Having more control over the bike will allow a person to take it anywhere they want. In the winter, there are times where people will feel fully confident riding over a frozen lake or river, and with studded tires, there is a reduced risk of slipping and falling.

This connects with confidence very well. A rider should always have confidence out on a trail, as it allows for a more enjoyable ride in general. Riders were constantly doubting themselves, and holding back are not going to enjoy the ride as they try to go everywhere.

Finally, no one ever wants to deal with a significant injury on a fat bike. Having studded tires reduces the risk of injury significantly. All it takes is one sharp turn on otherwise perfect fat bike tires to cause a wreck if there is ice underneath. Studs will provide that safety net, digging into the ice for added traction when needed the most.

Is There an Argument Against Studded Fat Bike Tires?

Those who are against investing in studded fat bike tires mostly stick to a few different reasons why. The biggest reason why comes down to unneeded costs.

If a person lives in an area where it doesn’t get that snowy or icy during the winter months, it might not make financial sense to go with studded fat bike tires. Maybe the money can be better invested in the bike for other upgrades. There is no shame in going that direction.

Others might not like the sound of studded tires when it is on hard surfaces. Indeed, fat bike tires with studs will sometimes make noise on certain terrains, but it is not something that is that annoying. If it does get to the point, a person can have tires for the summer and then tires for the winter months. It might sound like a hassle, but switching the tires out takes a few minutes at most.

Most fat bike tires come with a lot of studs installed, so realistically, expect a few of them to fall out after the first few rides. The design of the tires makes it so that losing a few here and there won’t cause that big of an issue. Even some of the premium models have this issue.

With do-it-yourself studded tires, losing a few becomes even more of an issue. If it gets to the point that the tire is looking just a little bare, it might be time to take the tire off and install some new studs.

The studs themselves are usually very durable unless a ton of riding happens strictly on hard surfaces. When that happens, they tend to wear down and lose effectiveness after a while. 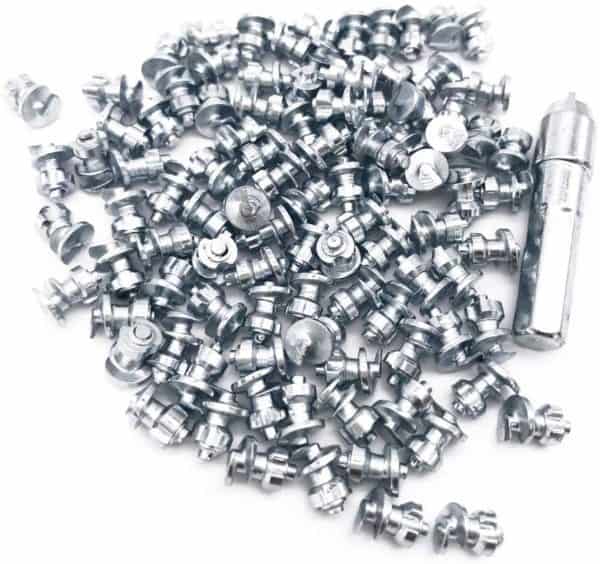 People who might be tight with their budget, or a little adventurous, can make studded tires at home. They might not look as nice and perfect as some of the tires that come with studs in them, but they can be just as effective.

The easiest way to do it is to install screws through the casing of the inside of the tire. A tire liner is usually needed to make sure that there was no damage.

Besides saving money, the biggest advantage of a do-it-yourself studded tire is that the length of the studs can be fully customized. Some people who want to go all out can go with a longer stud that simply isn’t sold that often to the masses.

The drawbacks are that the studs tend to be heavier, and more prone to causing flat tires. It comes down to just how well the installation process goes, and of course, the tires that are used in the first place.

Some people believe that these chains and wires work a little bit better on really heavy, compact snow. It really comes down to personal preference, and how the rain feels with all types of set up. If possible, see if there is a way to try out a tire with a chain or wire connected to have a better understanding.

Another advantage is that they are easier to take off when not needed. That certainly helps a person avoid having to buy two tire sets, or to ride 12 months out of the year with studs. The disadvantage is that these alternatives don’t provide quite the same level of traction on ice in particular. They are worthy alternatives worth exploring, but most go right back to studded tires.

Final Thoughts on the Need for Studded Fat Bike Tires

Anyone who plans to ride on ice or snow on the ground should make sure that they heavily consider getting studded fat bike tires. It is possible to survive without them, but it just doesn’t make sense in today’s world. Safety should always be a high priority, and confidence is much easier to gain with the added stability. All it takes is one hidden patch of ice, or a large accumulation of snow, to cause a serious accident.

As far as investing in a fat bike is concerned, studded fat bike tires are usually worth the investment. If money is extremely tight, there’s also the option of adding studs to a tire in a do-it-yourself method. It might take a little time, but getting the proper supplies won’t cost much at all.

One thought on “Do You Really Need Studded Fat Bike Tires?”