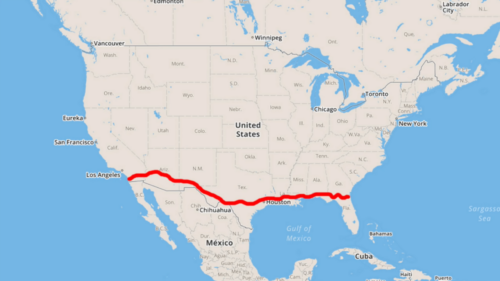 For people wanting to span the United States, the Southern Tier bike route is a great place to start. It runs from San Diego, California all the way to Saint Augustine, Florida.

That is officially 3092 miles for cyclists to cover if they want to go the entire way.

While riders will need to share the road with cars and sometimes be in less than ideal situations, it is still recognized as a very safe route overall.

What are the main reasons to ride the Southern Tier Bike Route? These are the 12 top reasons why riding part or all of the bike route will be a truly remarkable experience.

1. The Ride is Perfect Any Time a Year 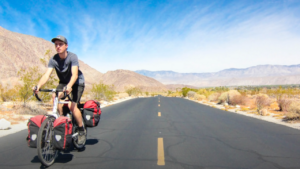 Yes, summer can be a little hard for a lot of riders, but it is doable since it is mostly broken up into several shorter rides.

The winter will give some a bit of a chill depending on the weather patterns, but some riders feel like they are comfortable going then as well.

The ideal time to ride the route is in the Spring, as the entire route has relatively good weather. It is not too hot in the really hot locations just yet, and the colder elevations are warming up to make it tolerable.

Like with any ride, make sure to bring plenty of food and liquids to survive based on the weather. There can be long stretches where there are not a lot of shopping opportunities, especially in the western part of the United States.

You could get yourself in trouble if you do not plan ahead. This is especially important during the summer months.

2. Staying outdoors along the trail is possible

A ton of riders on the Southern Tier trail love camping out to not only save money but experience the different locations somewhat like a local. Since the weather is usually pretty good, it saves money and adds to the overall experience.

There are a lot of different campgrounds along the way that route riders will want to check out. Expect to pay somewhere between $10 and $20 for most campgrounds, but that is pretty negligible when considering the alternative of staying in hotels.

It does require bringing some Cycling Camping Gear (Amazon) along the way, but most people are already traveling with a decent amount of supplies.

3. People Living Along the Trail Are Friendly 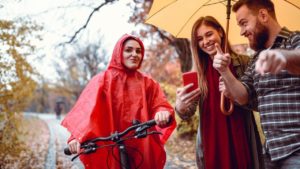 At some point, every rider is going to interact with those who live along the bike route. The good news is that there are very friendly individuals for the most part, and they understand when riders are coming through that they have an opportunity to be ambassadors for the area.

People will offer suggestions on what to possibly check out, where to stay, or even offer out their space to stay instead of being outside. Every person’s adventure is different, so take advantage of opportunities that pop up.

4. People On The Trail Are Friendly 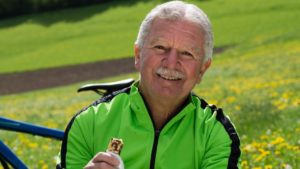 Not only will people come across locals when they make their stops in certain locations, but there are also plenty of like-minded riders who are sharing the path as well.

The entire trip is more popular than people think, either with people who are doing the entire thing, or those who are just doing segments.

There are plenty of opportunities to meet friends that could end up being riding partners down the road. There are only a select number of people out there who would even think about going on a bike ride of this length.

That is a pretty common interest to have as a starting point to a lasting friendship.

5. There Is Plenty To Do On Rest Days

It is nearly impossible for anyone to put in miles every single day if they are covering the entire route. That means roughly once a week, the majority of riders will have a rest day. The good news is that people can map things out and have a lot of fun with a rest day if they want.

Major cities like San Diego, Phoenix, El Paso, and Tallahassee are all right along the actual route. There is nothing wrong with making a detour and going to other cities along the way as well.

San Antonio, Houston, New Orleans, and Jacksonville are just a few of the favorites people like to check out without adding too many extra miles.

Not interested in checking out the major cities? There are definitely options like the Imperial Sand Dunes in California, Texas Hill Country near Austin, Texas, Dauphin Island in Alabama, and more.

No matter what a person is into, there will be some excellent rest ideas along the way.

6. It Is The Shortest Bike Route From Coast To Coast 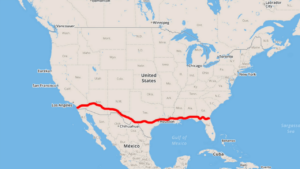 Going over 3000 miles on a bike seems crazy, but it would take a lot longer to go on nearly any other bike route.

For those who want to have bragging rights on truly going coast to coast, this is the best way to achieve that goal. It is without question a bucket list idea for a lot of people out there.

7. The Popularity Of The Route Make It Safe

Enough riders take advantage of this round so that it is pretty safe overall. The popularity has grown over the years, and most drivers are warned that they need to look out for cyclists during certain parts of the year. In fact, certain stretches have specific signage to let drivers know.

It does make sense to follow pretty basic knowledge as far as riding in the right areas and avoiding the wrong time of day, but most cyclists are well aware of that information.

It is inevitable that there will be some honks along the way from those who are not exactly happy about sharing the road, but the chances of that happening at home are pretty high anyway.

8. Riders Get A Little Taste Of Everything 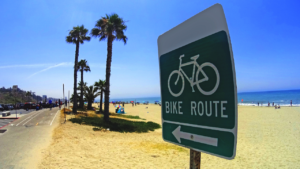 Trying to describe the entire ride is nearly impossible. There are some very scenic stretches, and the weather can range quite a bit as well.

There is some time in the desert where it might not be super exciting to see, but for people who have never gone biking the desert before, it is still an experience.

In many ways, this bike ride is a showcase of the diversity of the United States. The trail goes through some areas that are not always on the list for vacations. Usually, riders will end up being surprised by at least one area that they ended up visiting.

9. The Two End Cities Are Both Amazing in Their Different Ways

When doing the entire ride, cyclists have the opportunity to start in San Diego or Saint Augustine. Both are amazing cities to vacation to and their own right, which adds a little bit of extra to this route in general.

Many consider San Diego to be one of the most beautiful cities in the United States. It has nearly perfect weather 12 months of the year, there is plenty to see and do, and the food choices are amazing.

Saint Augustine does not have that same amount of size by any means, but it has a history that is very hard to beat.

It is the oldest continuously inhabited European established settlement in the lower 48 states, founded in 1565. They thoroughly embrace their history, and for a small city, there is plenty to see and do.

The beaches are obviously a draw for those who do not always live near one, but that is just part of the appeal. Many riders treat themselves by spending at least a couple of days in the two end cities.

Which one is better to start? It usually depends on where riders want to fly into. East Coast riders generally start in Saint Augustine, while west coast riders will head to San Diego.

10. It Is Easy To Break Into Smaller Rides

The route might be 3092 miles, but that does not mean that riders have to go that distance at all. In fact, there are people who live nearby and use this round for their daily rides if they are fortunate enough.

Even those who want to go on longer rides without dedicating weeks and months of their life can pick certain segments that make sense to them.

For example, some might go from San Diego to Phoenix, and then turn around. Others will just go to the Alabama-Florida state line from Saint Augustine and then turn back around. Riders can do what they want with the route.

11. It Is Difficult To Travel Cross-Country Any Cheaper

Traveling is not cheap. Spending months away from home at a time could cost thousands and thousands of dollars in travel fees alone. That is not factoring in hotels and any other expenses with traditional vacations.

Although there is work involved in a vacation like this, most people find joy in traveling cross-country without spending a ton of money.

As stated before, campgrounds are pretty expensive, and there is just minimal maintenance needed for the bike along the way.

Saving on the gas alone is only part of what makes this an economical way to see different parts of the United States.

Riding this amount of miles is not for everyone, but it is a challenge that people remember for the rest of their life. Some people have done it several times, while others believe that doing it once is their biggest sporting achievement.

Along the way, it becomes much more than just a ride. Anyone who takes pride in going on long bike rides should see if they can take advantage of what the Southern Tier Bike Route brings to the table.