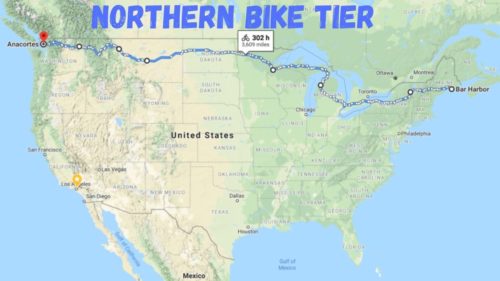 For a lot of cyclists, heading to the Northern Tier Bike Route for biking is a huge item on the bucket list. It is not only a challenge that goes across the United States, but it becomes a once-in-a-lifetime opportunity to see so many different places while riding.

What are some of the highlights that draw people to this route in particular? These are reasons why any cyclist should give this strong consideration. 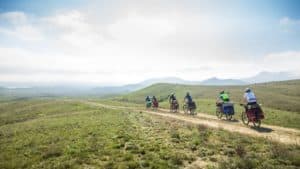 As the name suggests, the Northern Tier Bike Route stays in the northern part of the United States. That is great news for people who do not want to deal with the harsh heat that can hit the southern states during the summer.

Since the majority of people who end up riding have more time in the summer, it can be a grueling process to ride anywhere to the south.

The warmer stretch overall might be worth going through the remote areas in Montana and North Dakota. Even in these areas, people can start to feel like they are pretty chilly when they are resting up at night.

Make sure to bring appropriate gear for weather like that. It weighs a little bit more to bring clothing and supplies for colder conditions, but in the summer, it will not get to the point that riders are freezing. 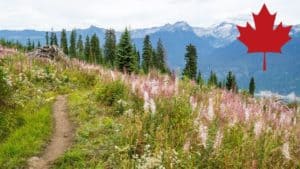 Although it is not necessary for riders to cross the border and go into Canada, a lot of people take this opportunity as part of the Northern Tier Bike Route.

There is a route that will go into Alberta for a little bit, which is a great variation for people to check out. If riders want to cross the border again, they always have the opportunity to ride in the upper part of New York as well.

Not a lot of people have the opportunity to ride in a different country, so it is a nice change of pace for sure.

Not only that, but there is some beautiful scenery just across the border, and everyone enjoys having the ability to say that they have gone to multiple countries in one long ride.

That is something that a lot of people in the United States do not get the opportunity to do.

There are some bike routes that go through some pretty major metropolitan areas, but the Northern Tier Bike Route stays away from them for the most part.

This is great news for people who do not like riding in a ton of traffic, as there is plenty of opportunities to see the natural side of things when riding around.

Theoretically, riders can always take short detours in pretty big cities like Chicago, Cleveland, or even Des Moines, but that is not necessary.

Those who go into those cities might do so because they have family and friends in the area who are willing to give them a place to stay.

Others might want to spend an off day or two in the area since they have never been. They are close enough that it is not too much of a hassle to get there, but they can be completely avoided as well.

Climbing Challenges Are All Over the Western Side 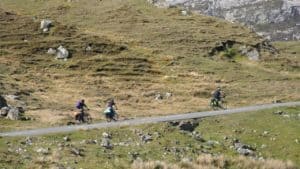 The western part of the route is where a lot of the climbing challenges exist. Everything starts at sea level on both parts of the trail, but it gets up to 5500 feet in elevation at its peak.

This is mostly in Big Sky country, which is one of the more under-appreciated areas of the United States. Many people love getting out there and exploring for the first time, and riders looking for a challenge will give it they’re all.

Climbing is something that is inevitable for any ride across the United States, but the southern trails are a little flatter overall. However, quite a few people will take more elevation for cooler temperatures.

Once riders hit Minnesota, Wisconsin, and Iowa, they are likely going to see some of the greenest areas in the country. This is a nice relief from all of the plains to the west, as they can get a little monotonous.

This area also has a lot of smaller towns along the route that people can stop and explore if they wish. They are actually very receptive to riders coming to the area since they do not necessarily get a ton of visitors otherwise.

This part of the country is not necessarily known for bringing visitors, but that by no means makes it something that is not beautiful.

In fact, a lot of people say that this is the highlight of their trip, as there is a simple part to it all that is very enjoyable. 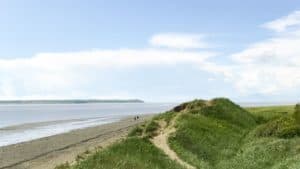 It would not initially seem like there is a lot of water-related opportunities on this route, but it becomes one of the favorite days off activities for riders.

Whether it is stopping in one of the many lakes in Minnesota, or taking advantage of quite a few different cities along the Great Lakes, water excursions are not that far away.

These lakes are also much, much safer to jump into and enjoy compared to lakes in the south. A lot of them are extremely swimmable, and they are stocked with fish for a local rest day as well. Renting a kayak and exploring an area on a different type of route is never a bad thing. 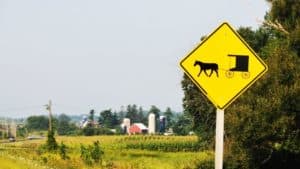 There is something very unique about the Amish country part of the United States. Located in both Ohio and Pennsylvania, there are some interesting shops to explore to really understand the culture a little bit better.

They have embraced the traveler in general, and they offer unique items that can’t be found anywhere else.

While cyclists are not exactly shopping for furniture, there are plenty of food shops and places to sample unique options out there.

There is even the opportunity to have furniture shipped home if a person really falls in love with something. Do not be afraid to try a few different spots, as each town is a little bit different in Amish Country.

It also is pretty helpful for cyclists, since there are going to be fewer cars on the roads. Just be on the lookout for horse and buggies taking up the roads.

No one will ever mistake the Northern Tier Bike Route as an easy ride by any means. This is for people who want a challenge, and do not mind climbing a bit. There are a total of four mountain

ranges that every rider has to make it through, which include the Cascades, Rockies, Adirondacks, and Appalachians.

The good news is that they are pretty spread out across the United States, so there is never a truly grueling stretch that makes it very hard for a rider to get through.

It is also rewarding to go downhill on these mountain ranges, which allows for the legs to rest a bit. Keep in mind that all these areas are pretty well-known tourist spots as well.

A lot of people will take advantage of the camping experience and not push themselves too much in these mountain ranges. 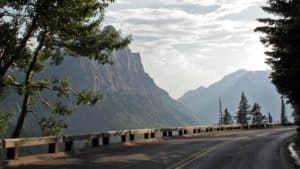 This is the national park that many people are drawn to when they go on this route. Located in the northwestern part of Montana, this is a pretty nice spot for people to also cross over the border to Canada if they want.

There is a ton of space at Glacier National Park, so obviously, riders are not going to see everything. With that being said, they get a look at some of the more unique aspects of the park during the summer.

Those looking for a bit of a challenge will also find Glacier National Park to be one they need to be more than prepared for.

This is definitely one of the spots where riders will need to show that they can climb elevation, but those starting in the west will like that they are still pretty fresh since it is near the start.

Just like some of the other TransAmerica routes for cyclists, the Northern Tier Bike Route focuses on a lot of smaller towns to avoid too much traffic.

This also comes in handy when it comes to saving money on hotel stays. Most people will find it to be a little too much to stay in a hotel every single night, but doing it once in a while is much more affordable when not in particularly populated areas.

Most of the smaller towns along the way make it pretty easy for cyclists to save some money. They are pretty honest with prices and are very receptive to having people visit.

When staying in some local spots, there are also additional opportunities to meet other cyclists who are going across the country as well.

Easy to Break Up

This is one of the easier TransAmerica trails that is pretty easy to break up for those who want to go on shorter rides in general.

Not everyone has the time or the energy to go all the way across the United States, but there are plenty of breaking points where people can turn around and go back.

It is obvious to turn around at any of the major mountain ranges as a way to break up the trail a bit. Even tackling one of these mountain ranges is pretty impressive, so there is no shame in turning around after just one.

People have a lot of customization options when it comes to making it on route, which is perfect for anyone who is trying to fit into a certain timeframe.

It is inevitable that there will be some tougher stretches on any of these TransAmerica bike routes. With that being said, those who put this route together did a pretty good job of making sure that this is as safe as possible.

Riders who might not be particularly comfortable and populated areas will really appreciate this step that keeps riders as safe as possible.

Riding in groups is always going to be better, as it will be easier for motorists to see riders coming through.

Just keep in mind that huge groups might get a bit more growing overall, as some motorists do not like having to completely go around a group that is taking up most of the road.

Also, try to avoid riding in dusk or dark times, as some of the roads can be a little twisting in particular areas.

Those who can’t particularly ride well in sweltering heat will love the mild weather that they can get in the summertime on the Northern Tier bike route.

Give it a try and see just how challenging it can be. There is plenty to see and do along the way, and those who have done multiple routes have said that this is the best of them all.

It is up to individuals to decide, but it certainly provides unique value.