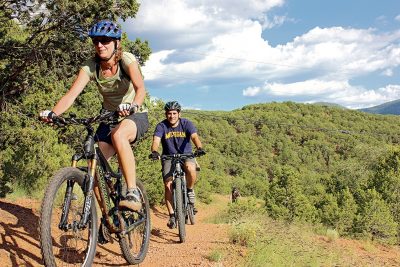 Every so often, new bikes start to hit the market and become a trend. Most people who are reading this article are probably aware of gravel bikes to some extent, and they might think that it is nothing more than a trend at this point.

While there are some people who believe that gravel bikes are a fad and nothing more, the vast majority of people in the industry believe that they are here to stay.

What gives them the staying power to be the bike of choice for many individuals out there? It all comes down to practicality, and those who give gravel bikes a chance are falling in love. 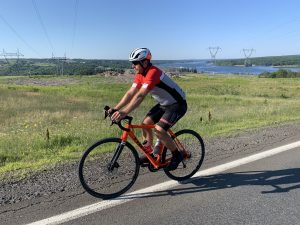 There are quite a few people who are still caught up on the name that is being used for this type of bike. Even though the industry standard is to name it a gravel bike, it certainly can go on many other surfaces besides that.

When someone is breaking down the names of other bikes in general, no one is really saying anything about the fact that a mountain bike can be used on other surfaces besides mountains, or that road bikes can go on paved trails and other surfaces as well.

Gravel is just a good term that can describe what a typical surface is like for a gravel bike rider. It is not exactly a firm surface by any means, but it is a little bit better than soft and mushy mud.

Having this versatility by utilizing gravel bike tires can make a pretty big difference in how much enjoyment a person gets on a gravel bike.

2. All Types Of Riding

One way to differentiate gravel bike riding from other disciplines is that they can be used for so many different types of rides. For example, professionals will use them on gravel bike races around the world.

However, they also make for great options when doing a backpacking tour, or overnight rides. Anybody who is looking for a big adventure bike and wants to go a little bit faster than a typical mountain bike will gravitate towards something like this.

For the vast majority of shoppers, they are not going to be riding in a race with a bike like this. They may try to be a little bit competitive with their friends as far as time is concerned, but they also want something that I can go on many different types of rides.

A gravel bike ride is good for racing, going on a casual ride with the family, exploring new areas, or anything in between.

When trying to cut down on the number of bikes that are in storage, this might be the catchall option that so many people have been looking for.

The more flexible a bike can be, the better off it will have as far as staying power is concerned. With that said, it still does something very well, and that is riding on gravel surfaces.

Offering a mix of specialization and versatility can make all the difference in the world in how something is perceived. 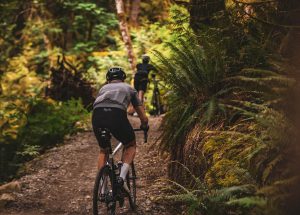 Gravel bikes have not made it an industry standard to go with aggressive geometry or a non-aggressive option. That is great news for people who may not want to be locked in with something that will keep them crouched down.

Riders can get exactly what fits their particular style, and then go from there.

An aggressive geometry option is more for people who are going to do a lot of riding on the road. It can feel much like an actual road bike, but what people notice is that they can still go off-road and not have to worry about skinny tires getting in the way.

While they might lose a little bit of speed compared to a road bike, it is not going to be much overall.

For non-aggressive geometry options, this is more about a relaxed feel overall. Riders are more comfortable and stable, which gives them the confidence to relax, enjoy the ride, and really explore the way they wish. 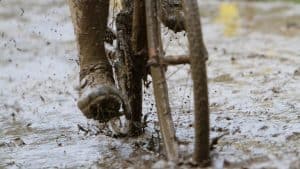 Just like there are plenty of options for accessories and customization, there is also something to be said for using different tires on the same frame.

In fact, people can customize the gravel bike to their own uses by putting something that fits their style in the right way.

Adding a new set of tires can make a huge difference in how a bike performs overall. In many ways, it feels like an entirely new bike, which helps to fight the stigma of gravel bikes being justified.

Since there are so many customized options available, no one is going to feel like they have to stick with a bike that they are given.

It does take a little bit of money to make a change, but not that much in the grand scheme of things when the other option is to buy a brand new bike.

5. The Most Versatile Bike?

One of the main reasons why so many people believe that gravel bikes are here to stay comes down to versatility. Simply put, they might be more versatile than hybrid bikes, and that is saying a lot.

Their ability to go on just about any terrain, while still going fast and offering stability, is not lost on shoppers.

The only type of riders that will not benefit from a gravel bike is those who are participating at a high level in certain types of races.

For example, a road cyclist is not going to want to sign up for the race with a gravel bike, and neither is someone who is battling huge hills or mountains.

However, for the average person, a gravel bike can do just about anything. That means less space is used up in the garage, less money spent on multiple bikes, and a more pleasant experience overall.

It is built specifically for gravel roads but is an above-average performer in every other aspect as well.

6. Gearing Solutions to Help Everyone

There are always a lot of benefits when it comes to having gears that can go about anywhere. There’s nothing worse than having to handle elevation on a set number of gears, and it can be frustrating, to say the least.

There are different curing solutions for all types of gravel bikes, and being able to switch gears and attack just about anything helps out tremendously.

Gravel bikes have gears that are specifically set for this type of riding. Some people will feel like they can’t really get the gear that they want when riding another bike.

With a wide range, there is something for just about any person out there as they try to really take their riding to the level they are comfortable with.

7. Embraced By The Commuter Community

Daily commuters going to work or school have started to realize the value in a gravel bike. So many people are looking for a solution that allows them to get safely to and from the places they go every day, and this might just be the best option.

For starters, people like having the ability to go fast on a commuter bike. Far too many options that fall in the commuter bike category right now are a little clunky and slow for people to want a little bit more performance overall.

Another factor to consider is that these tires are a little bit better built for going off-road when necessary. There is a time in everyone’s commute where they might need to go on grass or dirt for a while, and a gravel bike can be perfect for that.

Not everyone is lucky enough to commute solely on flat, even cement. As long as the commuter community is latching on to gravel bikes, they are certainly not going to fade away any time soon.

Being able to serve a purpose to multiple types of people out there is a huge benefit of any type of bike. Hybrid and even mountain bikes used to take control of this crossover category, but now gravel bikes seem to be the best fit.

Gravel bikes were admittedly pretty expensive in the very beginning. The pricing has gone down considerably, which is only going to get more people interested in giving them a try for the first time.

There is nothing worse than spending a lot of money on a bike that so few people know about, which is why sales did not always take off in the beginning.

Components matter in the pricing just like with any type of bike, but companies are trying to make these as accessible as possible.

That is good news for those who want to finally give them a try, and as long as they are taken care of, they should last as long as other bikes.

A Final Word On Why Gravel Biking is Not a Fad

Sure, there is some crossover as far as different bike categories are concerned, but there is definitely a spot for gravel bikes in general.

So many people have really loved what companies are bringing to the table, and the industry is only getting stronger and stronger.

They may never reach the same popularity as road bikes or mountain bikes, but there is a world where these take over as a true hybrid option.

Gravel bike enthusiasts love the new technology and pricing that comes along with the popularity, and first-timers are jumping on board as well.